The UK jobless rate held steady at a near 11-year low of 4.9% in the three months to August, figures show.

“These figures show that employment continued to grow over the summer and vacancies remain at high levels, suggesting continuing confidence in the economy,” the ONS said.

Average weekly earnings grew by 2.3%, a slight fall from the previous month.

The CBI business group called the pay growth “lacklustre”, saying it underlined the need for a “laser-like” focus on making companies more productive.

With the number of self-employed workers increasing by 273,000 to 4.79 million – 15% of all people in work – more should also be done to guarantee their pensions, mortgages and income protection, the Federation of Small Businesses said.

The total number of people in jobs remained at a record high of 31.8 million, the ONS figures showed.

Although there was a “small rise” in unemployment, it was accompanied by more people actively seeking work, ONS statistician Nick Palmer said.

Some of that rise came from more women looking for work. In the three months to August, 73.4% of women were either in work or seeking jobs, the highest rate since records began in 1971, the ONS said. 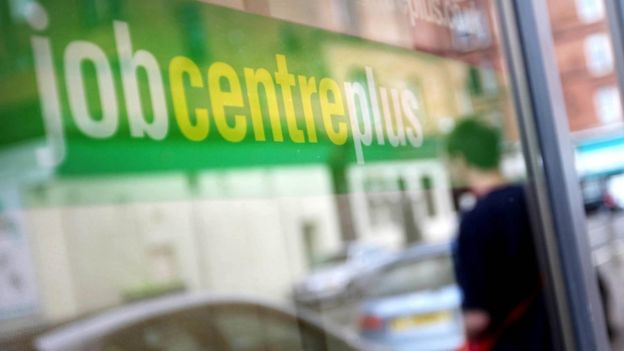 Employment Minister Damian Hinds welcomed the total jobs rate, but said: “There’s more to do, particularly when it comes to supporting young people into employment.”

Businesses and economists said the figures showed UK jobs had proved “resilient” since the Brexit vote.

However, some also argued that an easing in the pace of job creation suggested the labour market was slowing down.

Howard Archer, chief UK economist at IHS Markit, said “cracks are appearing”, as jobs growth dipped to 106,000, compared with the 174,000 jobs added in the three months to July.

The unemployment estimates come from the Labour Force Survey in which the ONS talks to 40,000 households.

Although it is a very large survey, there is still a margin of error. The ONS says it is 95% confident that the figure of a 10,000 rise in unemployment is correct to within 79,000.

As the estimated change is smaller than the margin of error, it means the change in unemployment is not statistically significant.