The UK’s service sector helped the economy to grow faster than expected in the three months after the Brexit vote, official figures have indicated.

The economy expanded by 0.5% in the July-to-September period, according to the Office for National Statistics.

That was slower than the 0.7% rate in the previous quarter, but stronger than analysts’ estimates of about 0.3%.

“There is little evidence of a pronounced effect in the immediate aftermath of the vote,” the ONS said.

The stronger than expected growth will further dampen expectations that the Bank of England’s Monetary Policy Committee will cut interest rates next week. 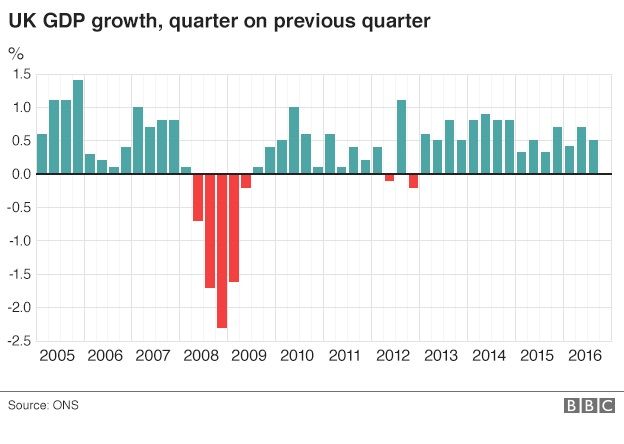 The economy has slowed slightly but by nothing like as much as feared and the Office for National Statistics says that “the pattern of growth continues to be broadly unaffected following the EU referendum”.

That pattern is however a rather unbalanced one, the only sector of the economy that continued to grow was services up by 0.8%; agriculture, manufacturing production and construction all shrank.

Brexit supporters will take these figures as a sign that warnings about the economic costs of voting to leave the EU were nothing more than scaremongering. Remain supporters will argue that they were warning about potential damage over a period of several years. They say that only prompt action by the Bank of England saved deeper damage to the economy and that worse is to come.

Welcoming the figures, the Chancellor of the Exchequer, Phillip Hammond said: “The fundamentals of the UK economy are strong and today’s data show that the economy is resilient.”

The economy was boosted by a particularly strong performance from the services sector, which grew by 0.8% in the quarter.

Transport, storage and communication was the strongest part of the service sector, growing by 2.2%. That was the fastest pace since 2009 and was helped by a healthy quarter for the UK’s film industry. The latest films in the Jason Bourne and Star Trek franchises were released in July along with other popular productions, lifting takings at box offices.

This is the first estimate of economic growth for the period, using less than half the data that will be used for the final estimate. 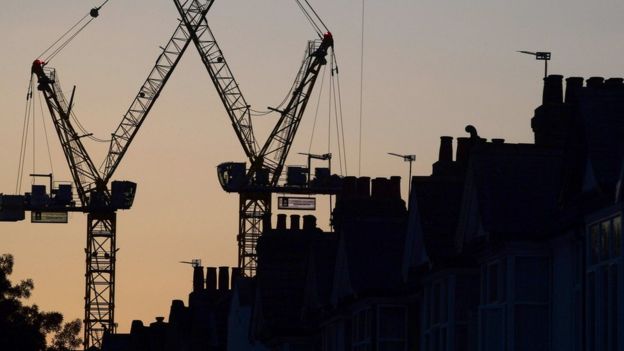 While growth in the services sector was robust, the construction sector contracted by 1.4% and industrial production fell 0.4%, with manufacturing output down 1%.

“In manufacturing, the contraction in output should be attributed to some unwinding of the massive growth spike seen in the second quarter, rather than industry scaling back production for any referendum related reasons,” said Lee Hopley, chief economist at the EEF, the manufacturers’ organisation.

“In line with the raft of survey data the GDP estimates confirm that it has been more or less business as usual but it doesn’t tell us, however, if this will continue for the foreseeable future.”