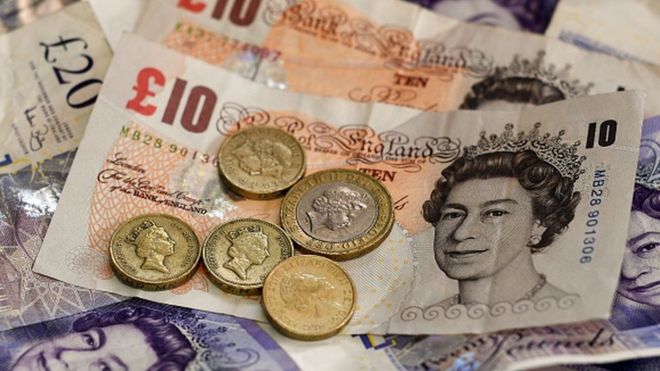 Government borrowing rose by more than expected to £10.6bn in September, according to figures from the Office for National Statistics (ONS).

The figure was £1.3bn higher than the same month last year.

For the financial year to date between April and September, borrowing fell by £2.3bn to £45.5bn.

The monthly figure had been expected to shrink to £8.5bn and economists said it would set the tone for the Autumn Statement on 23 November.

He said: “The latest outturn puts the public finances well off track to meet the Office for Budget Responsibility’s (OBR) March forecast.

“Indeed, if the public finances continued on the current trend in the fiscal year to date, then borrowing would overshoot the OBR’s forecast of £55.5bn for the fiscal year as a whole by around £17bn.”

Mr Hammond has already indicated that he will “reset” Britain’s post-Brexit economic policy away from his predecessor George Osborne’s aim of reaching a surplus by 2020 towards more investment in areas such as infrastructure.

In a statement, Mr Hammond said: : “We have already made significant progress in bringing the public finances under control, reducing the deficit by almost two-thirds since 2010, but our debt and deficit remain too high.

“We remain committed to fiscal discipline and will return the budget to balance over a sensible period of time, in a way that allows us the space to support the economy as needed.”

For six years, we had it hammered into us. The government’s central goal, its most urgent priority, was to stop spending more than its income. Closing the gap between the two – aka the budget deficit – was an end that justified deep cuts to benefits for people of working age, including for recipients who were working.

Those cuts, notably to work allowances, are still slated to go ahead under the new Universal Credit. But the goal to justify them – eliminating the deficit by 2020 – has been ditched in favour of an aspiration without a deadline.

Economists had expected the chancellor to need to borrow £8.5bn to plug the gap between income and spending in September. Instead it was £10.6bn, which was £1.3bn higher, not lower, than the same month last year.

Granted, you shouldn’t infer too much from one month’s numbers. But in the six months of the financial year to date, the government’s borrowed £45.5bn. At the last Budget, it was officially expected to borrow £55.5bn for the entire year. Not for the first time, the only way the goal won’t be missed is by shifting the goal posts and allowing for an indefinite period of extra time.

Mr Hollingsworth speculated that the OBR may put forward borrowing forecasts for 2019-20 that are £25bn higher than its previous estimate.

Howard Archer, chief UK and European economist at IHS Global Insight, said: “We believe that the chancellor will look to provide meaningful support to the economy in November’s Autumn Statement as he still sees a difficult outlook for the UK economy despite its current resilience.

“However, the scope for fiscal stimulus is limited by the still sizeable budget deficit and the prime minister and chancellor have both stressed the need for fiscal responsibility.”